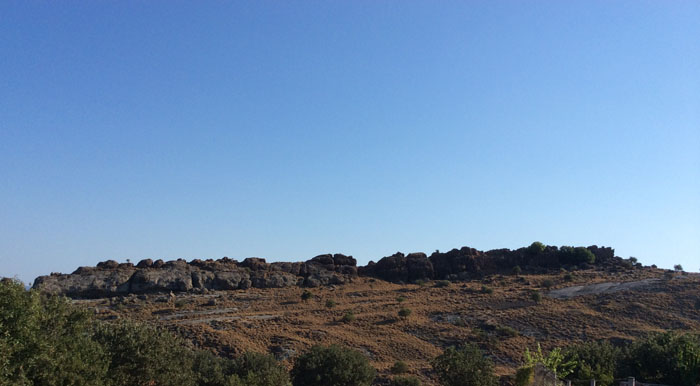 The volcanic dyke of Mythimna,is visible from the road connecting Mythimna with Vafio and it is a characteristic geosite formed by the most recent volcanic activity in Lesvos, started 17 million years ago.

Mythimna dyke was formed by dacitic magma penetrating preexisting volcanic rocks, formed during the main volcanic activity 18,5 to 17 million years ago. The penetration of magma in the upper crust layers cooled and solidified it.